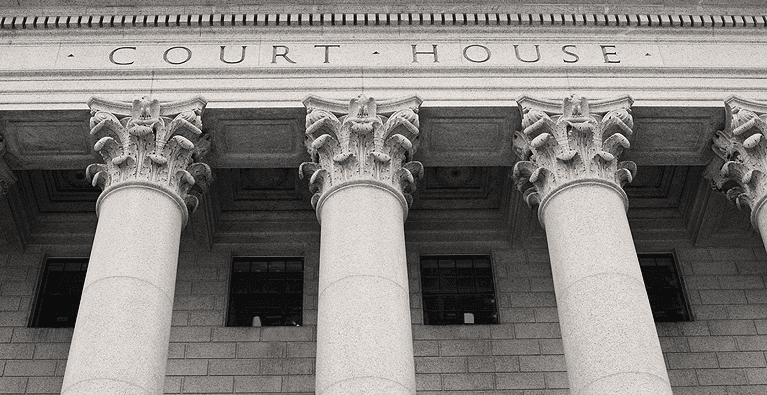 Today the Supreme Court announced that for the last 30 years the Courts have been interpreting the law on ‘joint enterprise’ wrongly.

The Supreme Court has been considering the appeal of Ameen Jogee, who was convicted of murder despite never wielding the knife nor causing any injury himself. He was convicted on the basis that his actions in encouraging his friend to stab a former police officer made him guilty under a legal doctrine called ‘joint enterprise’. Members of a group could fall under ‘joint enterprise’ when they jointly carried out one offence but during that offence being committed, another member of the group carried out a second offence and the members of the group knew it was possible this second offence would be committed, even if they have not been directly involved with it.

Today the Supreme Court judges announced their decision and ruled that the way this test was applied was wrong and that Courts had not been thinking about the foreseeability of the second crime in the correct way. Instead, Courts should have been considering much more carefully whether the defendant actually ‘encouraged or assisted’ the person carrying out the first crime. The court found that foresight, i.e. knowing or thinking that it was possible the second offence would be committed, is not by itself enough to convict somebody under joint enterprise. Instead, this is just one factor that the court has to look at in deciding whether there is enough evidence to show that the defendant has encouraged or assisted the main offender, rather than treating foresight as automatically meaning the test is met.

Ameen Jogee will remain in prison for the time being and a decision will now need to be made about whether his conviction should be changed to a different offence such as manslaughter or there should be a re-trial of his case.

After today’s ruling, there are likely to be many more appeals from other individuals who have been convicted under joint enterprise who now want to challenge their convictions and imprisonment. However the Court made it clear that this change in interpretation this would not automatically mean that convictions were unsafe if they were based on the old interpretation. Each conviction will need to be considered on a case by case basis.

Top ranked criminal law team at David Gray Solicitors are specialists in this area of law. They provide expert advice and representation at all stages of investigation or court proceedings. For more information contact the team by email to Hannah.white@davidgray.co.uk, phone on 0191 232 9547 or chat live at www.davidgray.co.uk

Nicola helped us purchase a property we like. everything is well organised. Very efficient.

To say that your professionalism and quality of service have been faultless would be telling only half the story. Throughout all that has gone on, your honest advice and genuine care have been an invaluable support, for which I will always be grateful.

(Mary) helped me communicate better with my husband & relations were always better after each session, she helped me get my point of view across to him.

I just want to thank you for all your help - it made the process really easy.

I just want to say thank you for your help this morning with regards to my concerns.

I really appreciate your help, guidance and care as a solicitor during my wife’s visa application and process.

We have been on a long journey, with quite a way to go. But we are thrilled with the recent result. Thank you so much for giving us so much help and support. We're thrilled.

I'm sorry, apart from the obvious relief, that this will be the end of our association. You've given help and support which I've greatly valued. And I promise that if I get divorced again, I will give you first refusal.

You have been superb.

Thank you for all your support and hard work. I would certainly feel confident using David Gray's again.

Thank you for your help in this case, I couldn't have asked for a better result.

You do a difficult job very well, you both were very skilled in ensuring that we both felt heard and in control, enabling us to reach agreement.

I would just like to say thanks for all the help and support that you have given me through my wife's visa application.

The excellent service I received from David Gray, including yourself, in drawing up my will last year meant I had no hesitation in appointing you to act on my behalf regarding the purchase of my new home.

I couldn't have done it without your help and, once again, I cannot thank you enough for your expertise and very kind attention and consideration in this case.

It was such a relief to hear that [our] application had been approved.  You guided us through a very stressful time & helped us feel positive this time around.  [We] are extremely grateful  for all of your help & advice. I don’t think we could have managed it without you & I’m sure you will be hearing from us in 30 months’ time!

Just to say many thanks for your help and support before and during my tribunal. It was a pleasure to meet you.

Once again please accept our thanks for a job very well done.

Thank you for your representation and best wishes, I found everyone I encountered at David Gray to be exceptional and will continue to recommend David Gray to friends in the future.

Elspeth is such an amazing professional, I feel I was very lucky to have found her for my case, she is a very knowledgeable, passionate and pro active individual. She always kept me updated about my case through emails and was always available for phone calls.Simply we need more people like her in this profession, I am really grateful to Elspeth.

I have found the mediation valuable beyond measure, especially having been so sceptical to begin with.

I am truly grateful for all you have done.

So happy with the outcome thank you for your help.

I would like to thank you for all your assistance with my immigration matter. I have to say that I will definitely recommend David Gray Solicitors to anybody looking for legal assistance as you have all been so very good in the cases you have handled for us.

Thank you for your excellent service and your help. If I need any further advice I will come back to you and certainly I will be recommending you to anyone who needs help and advice in family matters

Emma has commendable humane qualities that should be admired. She is a bright talented solicitor who is clearly dedicated to her job and believes in doing the best for her client…which quite frankly I find exceptional.

Didn't feel like I said THANK YOU enough to you yesterday. So once again, a HUGE THANK YOU!

A note to say thank you to Sukhi Patter for understanding and a most efficient service.

I am very satisfied with your very efficient service involving speedy dealings.

Thank you Gael. It was very difficult today. I really appreciate what you did.

Thanks again for your help Gael, I am so glad I sought your assistance.

Mary, thanks very much for all of your help over the recent years, I believe I made a wise choice when I selected David Gray as I believe the way in which you and your colleagues have helped me has been exceptional.

Just wanted to say thank you for all your support today, you really put us at ease and explained the process clearly.  You were very professional and I think you managed to get the best outcome from this situation.

I would like to pass on my sincere thanks to Hannah for all her help and support in this matter.  As an individual whom has never had any need for any legal advice or similar, Hannah dealt with my situation as well as I could have ever hoped.  She took the time to listen, to not judge and to offer sage advice in return.  When something was promised to be done, it was not only done, but it was completed within the agreed time and communicated in a clear and concise matter. As much as I would never wish to need legal advice again, my first port of call would be Hannah and if not, one of her colleagues at David Gray Solicitors.

Many, many thanks for all your help .... with helping to prepare for [the] court case, for writing and submitting an excellent case for appeal, for choosing [the] barrister and for briefing her extraordinarily well. You were fantastic in everything you did!

Wonderful news on the completion of my house - thanks so much!  Thank you for acting for us in relation to this matter, you've been fantastic.

June was absolutely outstanding and we received a first rate service from her - thankyou.

May I take this opportunity to thank you for your timely and efficient services, which enabled everything to run so smoothly.

Thanks for doing such a fantastic job with all my mum’s various legal things to sort. Its been very painless and hugely appreciated.

Thanks so much Nicola for all your hard work. You have made this move as smooth as possible so we are really grateful!

We just wanted to thank you for all your help in getting our visa for us, we appreciate it so much and won't forget all your help and work during this process - thanks again.

I wish to thank you, Mary and Cliff for your kindness and professional management of what seemed to me, at the beginning of the proceedings, to be a terrifying minefield.

Thank you for all of your help Mary, and Brian too, it was much appreciated. I wouldn’t hesitate to recommend you to others.

Thank you for being a fantastic solicitor and source of support Mary I needed it!!!.

It was wonderful to meet you on the day and I still have not found enough words to say Thank you for all you are doing for my son.

Thanks for all help and support through a very difficult time it is much appreciated.

Just a little note to say thank you for all your hard work, we are both very grateful for all your time and effort.

I think all that remains is to thank you on your great job well done, thanks.