Home › Blog › Ilott v Mitson: Can judges ignore your will?

Ilott v Mitson: Can judges ignore your will? 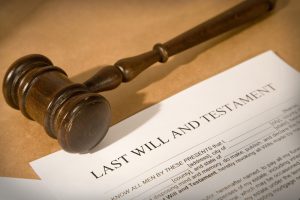 The case of Heather Ilott has been in the news following a decision by the Court of Appeal. The case has been widely reported in the media as a “landmark” case that sets a new precedent for the future. What was the case about and how does it affect your will?

Heather Ilott went to court after her mother Melita Jackson died leaving all her £486,000 estate to 3 charities. Mrs Ilott and her mother fell out 37 years ago when Mrs Ilott then aged 17 eloped with her boyfriend. Mrs Jackson never forgave her only daughter. She made a will in 2002 leaving her estate to charities. After she died in 2004 Mrs Ilott made a claim for a share of the estate under the Provision for Family and Dependants Act Act. The case has been continuing through the courts since then.

In 2007 her initial claim was successful and she was awarded £50,000. She was unhappy with this and went back to court to seek more. The charities cross appealed and succeeded. Judge Eleanor King said on the facts the first judge had come to the wrong decision in allowing Mrs Ilott to challenge the  will.

Mrs Jackson had left a properly drawn will with a letter saying why she did not want her only daughter to benefit. She instructed her executors to fight any claim. Many lawyers are therefore surprised that Heather Ilott succeeded in her claim.

This leaves the law in an unclear state with judges looking at each individual case differently. In this case the three Court of Appeal judges sympathised with Mrs Ilot. This case is likely to encourage family members to bring claims. We do not however have any “forced heirship “ rules in this country – the case does not change this and so in general terms you can still leave your property in any way you please. The legal proceedings here were lengthy and must have been very expensive.

If there is any lesson from this latest case it is that a properly drawn will is vital. If a child or other person who might feel they are entitled is not being included in the will then a statement of reasons must be prepared. It should be carefully drafted and should set out the full reasoning behind the will both as to why a party is excluded and as to why or how the will writer is connected to the organisations that do benefit instead. This is not guaranteed to keep your executors and family out of the courts but must help towards this.

Just wanted to say thank you so much for doing all the work for us for. As usual you do not disappoint and do a fabulous job as always. Thanks