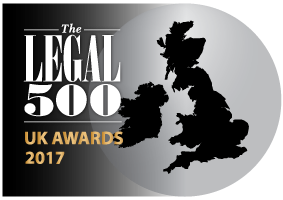 New figures released by KPMG show that incidents of fraud taking place in the North East have increased significantly in the last 12 months.  Cases involving the theft of over £100,000 are labelled ‘major fraud cases’, and these have increased by 25% over the last year.  In 2015 there were 16 major fraud cases, but this rose to 22 in 2016.

It’s thought that fraud in the workplace, committed by employees defrauding their employers, has also increased. Figures suggest that in 2015 the total value of workplace fraud in the North East was £274,000 but in 2016 was £851,000. Alongside the figures, the police say that fraud is now the most commonly committed crime.

How we can help

The first stage of an investigation might be for the police to ask you to answer questions. If this happens, you should be aware that you are entitled to free legal advice from a solicitor. We have a solicitors on call 24 hours a day to attend the police station with you.  It is important to make sure you get advice as your answers to a police interview can make all the difference between being charged and released.

Many thanks for sending through the documents - it's good that matters are finally concluded. Thank you very much for assiduous work on the divorce. We are all now in a much better place.

I remain eternally grateful for your sound advice and support when I was at my lowest and I needed you most.

I am so delighted with June... The support and the result was positive, she is friendly and helpful.

I just wanted to say thank you so much for all your hard work and support with our case. I cant thank you enough for your assistance. You have always provided a high quality of service by being very professional, efficient and friendly, Your help made a big difference in our life...I really appreciate your kindness and your efforts .

We really appreciate your service and promptness, and wish to thank you very much for your professionalism.

Thanks again for all your amazing help over the case – you helped me so much at a time that was probably the most stressful I’ve had in my life (which for the things in my background is saying something). My very best to you and your team.

My mum and step dad have just been to the U.K. to visit us; they had a wonderful time! They would like to send their regards to Bryony and thank her for the wonderful work she did for my mum.

We have just completed a house sale and purchase and this is the second time that Cliff Veitch... has dealt with our affairs. As before, he dealt with both sale and purchase in a very efficient manner and always kept us informed of progress and any issues that arose. His calm and professional manner helped enormously during some of the trickier moments. I can certainly highly recommend him.

Thank you ever so much for all the help you have given to me and my family. Everything is deeply appreciated!

This has been the worst week of our lives. Your support, both legal and practical, has helped us to get through it with our sanity intact. The fact that you agreed to see us within 18 hours of my initial phone call was, quite frankly, magnificent. Huge thanks from us all.

I do appreciate the skillful support you gave us, the plans that we agreed with you are working well and we are now mostly managing to avoid conflict.

Many thanks for your advice which led us to this new application and the way to approach it.  The supporting letter was just what we wanted and I'm sure it helped convince them to issue a visa.  We are all so happy. Many thanks again for your help with this.

I'm sorry, apart from the obvious relief, that this will be the end of our association. You've given help and support which I've greatly valued. And I promise that if I get divorced again, I will give you first refusal.

Saying thank you is not enough to express all the gratitude we feel for you, so we would like to thank you from the bottom of our heart for everything you have done for us.

Thanks again for your time, approach & actions. After we left he said that you were the first person who'd questioned him, listened & treat him like he was of worth. Be encouraged & encourage others.

Thanks Bryony, without you it wouldn't have been done.

You are always so gentle and kind, and take care to explain things in great detail for me to understand.

Excellent service and communication throughout. Made the whole transaction easy and stress free. Would highly recommend.
Client testimonial about Nicola Fisher - Property

I am the happiest mother upon receiving the great news from our son that his visa is granted. First, I said to myself 'Thank you Lord' and I thought of you. There is no exact word from the mother to say how I'm thankful for the remarkable job you have done for us.

Just to say thank you for the time and energy you put in during our mediation process.  You could not have been more calm and understanding, in what I feel were very challenging and somewhat unique circumstances.

Just to say many thanks for your help and support before and during my tribunal. It was a pleasure to meet you.

You and your staff showed me amazing support throughout the case. I would like to say a huge thank you! for all the efforts that you have done.

Words are not enough to express my feelings of appreciation, you provided the best service in preparing all documents for my visa. After a successful outcome it is a dream come true to join my family. You are the best solicitor I have ever found and gave excellent service.

Thank you very much for all your help, I am very grateful for the patience, effort and professionalism that you had in my case.

I just wanted to say thank you for all your help and advice with my case. We really appreciate it and are obviously delighted with the case you helped build and present and its successful outcome.

I could not recommend your company more, [you] have always been available and actually answer questions in terms that are understood by non solicitor type people, looking forward to getting my will done.

Just a little note to say thank you for all your hard work, we are both very grateful for all your time and effort.

Its just like a great weight off our shoulders. The last piece of the jigsaw. We can just live our lives now. Thank you does not really express our gratitude.

The case was articulated with great clarity and skill by Mrs. Silburn (to whom we are very grateful)

I just want to say thank you for your help this morning with regards to my concerns.

Thank you so much to you for all the work you have done in helping us secure a UK VISA, it's much appreciated.

You have been amazing and I really have appreciated your input.

I was handled very well by Michael, I had no idea how any of it was going to run & you did what seemed to me an excellent job of explaining everything and helping me get everything ready for today. Michael was great and put me at ease over the phone and today at court. As he said to me afterwards I got pretty much the best possible outcome from a bad situation. So thanks again to you both.

A huge thank you for guiding me through the mediation process. A truly liberating experience and a novelty that for once my voice could be heard. I couldn’t have succeeded without you. With much appreciation

Mary is just the best!! She is thorough, she listens and does what you ask. She gives excellent advice and keeps her costs sensible. She tells you when she will work on your case and keeps her word. Her secretary is very efficient and helpful too. Just a first class team and an inspirational person!

Thank you for the excellent service, it was very professional, my requirements were quickly carried out.

It was a very worrying time for us, I would like to pass on my thanks to Michael and other members of your staff who looked after my son’s interests in an understanding and efficient manner.  We were relieved at the sentence given and feel that it was in large part due to the way that you presented the facts to the Magistrates.

Visa approved, we are delighted and relieved. You can imagine we both cried with relief and happiness. Many thanks to you and your team. Your support this last year has been very well received.

Thank you again. Your help and advice during the interview session was invaluable and made the whole process seem far less daunting than I had originally anticipated.

Thank you for the MIAM session, it definitely helped me have a clearer perspective on a way forwards.

You were a total professional from beginning to end. Your advice was invaluable as was your presence in court. Many thanks for all your hard work

This is just a quick note to say how pleased I was with the service provided by David Gray solicitors in relation to my recent house sale and purchase. Nicola Fisher has been absolutely amazing throughout. Her responses to my queries were clear and timely and I was confident that she was doing everything she could to mange my sale and purchase efficiently. I have recommended David Gray solicitors to everyone I know.

I am writing to thank you for the outstanding work you did for me. Words cannot give my appreciation justice. You were superbly efficient and professional.

Thank you for representing me. I am delighted with the outcome. I greatly appreciate the time and effort of going through with me. Please will you pass on my sincere gratitude to your colleague Emma for her dedicated approach to my case as well.

Special thanks for your hard work for my family, my wife and daughter got their visa's and hope to come to the UK soon. You're a very hard worker and a caring person.

We are so delighted and absolutely thankful for having you in our journey. We can now move on and start living a normal life and be happy. The quality of work and professionalism you offered us is exemplary. We thank you with all our hearts for the help you gave us. We will be forever grateful to you.

They were very understanding of our situation and allowed us to discuss a plan for our future more rationally and with clear parameters.