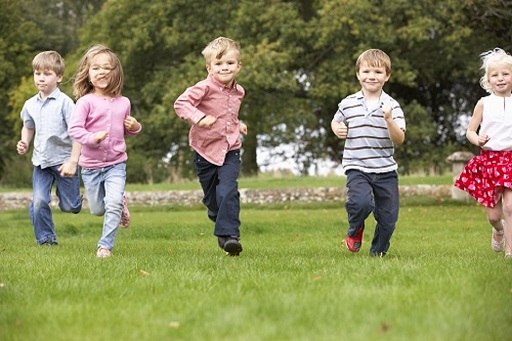 School non-attendance – A High court ruling on school term time holiday has thrown confusion on the law enforcing school attendance. The ruling has opened the way for parents to avoid criminal prosecution or fines for taking their children out of state schools without permission, so long as they have a good record of attendance.

Father, John Platt was acquitted in the magistrates’ court but the Council appealed the decision to the High court. Platt argued that the Council could not just look at the period when his children were absent but should look at their overall attendance. The High court agreed stating “it is not open to an authority to criminalise every unauthorised holiday by the simple device of alleging that there has been no regular attendance in a period limited to the absence on holiday.”

However the Department of Education has announced that “We will examine today’s judgment in detail but are clear that children’s attendance at school is non-negotiable so we will now look to change the legislation.”

Current legislation makes it a criminal offence for the parent of a child, if a child of compulsory school age who is a registered pupil at a school fails to attend regularly at the school. This offence is punishable by a fine of up to £1000. If the parent knows the child is failing to attend regularly and fails to cause them to do so, courts can impose prison sentences of up to three months and/or fines up to £2500.

Prosecutions and fines are imposed by the Council and individual schools are not responsible for the decisions.

It is not clear whether the ruling will allow thousands of parents already fined or prosecuted to appeal those decisions. We are awaiting further guidance from local Councils regarding the effect of this decision.

David Gray solicitors are award winning specialists in criminal law including school non-attendance prosecutions. If you require further advice then please contact Janice Hall on 0191 232 9547 or follow me on twitter @janicehallDG

I would like to take this opportunity to thank you and everyone of your team at David Gray Solicitors for your endless efforts. Home Office took their time to make the decision, but at least it came out positive! I can't express my personal gratitude to you on this matter and looking to see you sometime along with my wife once she arrives. Have my best wishes and a Big Big Big Thank You once again.

I felt a weight had lifted after I spoke to you....so thank you very much, I'd recommend you to anyone in our situation in a heartbeat. You clearly have a strong team there.

Thank you so much for your help with our case we are very happy!

I just want to thank you for everything you have done during my case and with the result that came from it all. In all honesty I cannot thank you enough.

A heartfelt gratitude from me for your encouragement, support, belief, understanding, hard work... everything really! You are a blessing to us, our family and ministry.

Saying thank you is not enough to express all the gratitude we feel for you, so we would like to thank you from the bottom of our heart for everything you have done for us.

Thank you for being so supportive.

Thank you so much for all the help and advice. You definitely took some of the stress out of it all.

Thank you to Mary for the appointment on Wednesday. I found the appointment so helpful and was very overwhelmed with certain elements but Mary was amazing and so kind and honest.

I couldn’t thank you enough for all your help all these years. You have always been my stronghold and pillar of strength guiding me and assuring that everything will be fine. Every time I travel I take your business card with me, just in case.

I am one of the luckiest person that I could know you and that was such a pleasure to meet the kind and helpful person like you, you are always in my mind and my heart dear June.

I just wanted to say a heart felt thank you for your skill, professionalism and expertise yesterday. You achieved an outcome I did not even think possible.

Thank you personally for all your help and guidance throughout the process - you were an absolute star and I super appreciate all your efforts for us!  I shall be recommending you to everyone!

Thank you to you all for pulling out all the stops to get completion!.

Thank you for your attendance at [my]Tribunal [I] wanted to let you know that you were outstanding and since then [I feel that my] mental health has improved.

Thank you for all your help and support.

Thank you so much for taking my case on and fighting for me to have peace at mind. I wish you all nothing but the best.

Just wanted to wish you and yours a wonderful happy Christmas. Thanks to you, my Christmas is going to be so much happier and relaxed than I thought it would be, so thank you.

You were a total professional from beginning to end. Your advice was invaluable as was your presence in court. Many thanks for all your hard work

Mary, thank you very much for all the time and effort you have put in to get me to this good place now.

I am very happy with the efficiency and professionalism carried out throughout.

Mary, thanks very much for all of your help over the recent years, I believe I made a wise choice when I selected David Gray as I believe the way in which you and your colleagues have helped me has been exceptional.

We have to say thank you so much for the wonderful news received today. We are so chuffed. Thank you for sorting this out, it was such a smooth process with your help. You have been a superstar, I would thoroughly recommend you to anyone who needs similar assistance.

I would like to thank you for the efficient and professional service. The depth of understanding of the immigration law and professionalism of Bryony Rest is quite impressive.

Thanks for the great service and attention to detail.

I am grateful for all the work you have done for me so far as well as your on going work. You are a kind, caring person and I'm privileged to have had this chance to meet you. Keep up your work, you are a good solicitor.

I am writing to thank you for the outstanding work you did for me. Words cannot give my appreciation justice. You were superbly efficient and professional.

Thank you … Mary, another satisfied customer to add to your list.

We were extremely happy with your excellent expertise which made you able to finalise our application almost as soon as you took it up. There is no doubt that we will resort to you again.

Mary Shaw is a wonder! Oh my goodness! I spent a really productive hour with her and am glad.

I am writing to say thank you so much for helping my daughter to obtain a discharge from her Section 2 of the Mental Health Act. I know it gave her great strength and hope at a time in her life when everything was extremely stressful and traumatic for her. Thank you once again for all your help.

As all my legal affairs appear to be in order it is time for me to say 'Thank You'. The last 3.5 years since my husband died have not been easy, I'm so grateful for all your patience and understanding, you have helped me on numerous occasions when I couldn't see a way forward.

We don't have enough words in our vocabulary to tell you how much your hard work has helped re-unite our family.

This has been the worst week of our lives. Your support, both legal and practical, has helped us to get through it with our sanity intact. The fact that you agreed to see us within 18 hours of my initial phone call was, quite frankly, magnificent. Huge thanks from us all.

The service we received was first class and dealt with promptly & very efficiently. Extremely happy with the service provided by Andrew.

My mum and step dad have just been to the U.K. to visit us; they had a wonderful time! They would like to send their regards to Bryony and thank her for the wonderful work she did for my mum.

You really are great at your job. Going above and beyond to make sure your clients are happy.

I just wanted to thank you again for your guidance & patience while helping me through this process. You really made things go easier than I had anticipated and your thoughtful guidance was truly appreciated. I can’t imagine what I would have done without your help.

My solicitor was June Holmes, she is not only knowledgeable but also so supportive and kind. She helped me and my husband all the way through citizenship and we both succeeded .thank you so much

It was such a relief to hear that [our] application had been approved.  You guided us through a very stressful time & helped us feel positive this time around.  [We] are extremely grateful  for all of your help & advice. I don’t think we could have managed it without you & I’m sure you will be hearing from us in 30 months’ time!

I'm happy to say that I received my visa extension on Saturday. Thank you for your fantastic help and great advice.  As the date approaches (although some time in the future), I plan to be back in touch for further advice on indefinite leave to remain/naturalisation. Again, thank you, and I look forward to sharing what an excellent experience I had with you and David Gray with anyone I know who is seeking an attorney.

We would like to take this opportunity to offer our many thanks for all the help and advice you gave us.

She believed in me and stood by me, even when times were difficult and I was beginning to buckle under the pressure she offered me strong shoulders.

Mary was extremely helpful, friendly and caring all the way through my divorce. She gave me very good advice and helped me get a good settlement that has helped me in moving on with my life. Mary was an excellent solicitor for me and she could not have done anything better I am very grateful to have had her experience and support.

Emma has commendable humane qualities that should be admired. She is a bright talented solicitor who is clearly dedicated to her job and believes in doing the best for her client…which quite frankly I find exceptional.

Bryony and team - Thank you all for your great work! What you've done is truly remarkable for family lives!

June was absolutely outstanding and we received a first rate service from her - thankyou.