Will Boris Johnson be arrested?

What is the difference between being interviewed ‘under caution’ and interviewed as a witness? 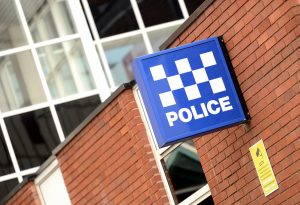 As you are no doubt aware, the initial findings of an investigation by senior civil servant, Sue Gray, into lockdown breaches by members of the government were published on 31st January 2022.  The full report could not be published until the police have investigated 12 incidents involving breaches of lockdown regulations: two of which Prime Minister, Boris Johnson, was said to be present at, and one of which was said to have taken place inside his flat.

Questions as a witness or a suspect

Given the ongoing investigation, it is highly likely that the police will need to question Mr Johnson about what he knows about these incidents. It will not be the first time that a prime minister of the UK has been questioned by the police; in December 2006, Tony Blair was questioned in relation to “cash for honours” allegations. When Mr Blair was questioned, he was not “under caution”. From this, it seems likely that he was questioned as a witness rather than a suspect – Code of Practice C states that a person who is suspected of an offence must be cautioned before being questioned for the purpose of obtaining evidence. Therefore, he was not under investigation for having committed a criminal offence.

As per the code, if Mr Johnson is suspected of an offence (namely breaching Covid regulations) and is questioned by the police then he must be questioned “under caution”. The caution is as follows: “You do not have to say anything. But it may harm your defence if you do not mention when questioned something that you later rely on in court. Anything you do say may be given in evidence.” You may have heard this caution on TV when people are arrested, and be wondering if this means that Mr Johnson will be taken away in the back of a police car in handcuffs. However, it is much more likely that he will be invited to have a “voluntary interview”, which means that the police will arrange a time and date for him to attend a police station, and he will not have to be taken into custody.

There are differences in how answers to questions given as a witness and answers to questions under caution can be treated in court. As the caution suggests, answers given when a person is questioned under caution can be used at trial. This means that if somebody gives different answers to the police during interview and to prosecutors in court, they can be cross examined on the inconsistency. Another general rule is that where a witness gives a statement, unless the defence agree that statement can be read at court (something they would only do if they did not dispute what it said), the witness will be required to attend court and give evidence.

Because this is the general position, there is often a tricky situation when someone has spoken to the police as a witness and signed a statement, and what they said is important evidence against a defendant but they do not wish to come to court to give oral evidence. If they do not attend court to give oral evidence, then their account cannot generally be put before the court. In those circumstances the prosecution can apply to the court for a witness summons. If the witness does not comply with the witness summons then they can find themselves in contempt of court.

Another thing to note about interviews under caution is that if Mr Johnson is interviewed by the police under caution then anything he says during his interview can only be used against him in court and not anyone else. For example, if during his interview he were to blame his Principal Private Secretary, Martin Reynolds, for organising all of the gatherings, then this assertion under caution cannot be used against Martin Reynolds in court. This is a situation that often arises in criminal cases where one defendant when being questioned under caution implicates his co-defendants. If this defendant pleads guilty then the interview he gives generally cannot be used as evidence against those remaining defendants who plead not guilty and have a trial.

Rights as a suspect

If Mr Johnson is interviewed under caution (either as a voluntary attendee or if he is arrested) he will be entitled to legal aid, as this is not means-tested in the police station. Everyone who is arrested is entitled to free, independent legal advice. If Mr Johnson does not know of any lawyers who specialise in criminal law [I’ll leave it up to the reader to decide if this is likely…] he can ask for the duty solicitor at the police station. We often have people question the independence of “the duty solicitor”. The duty solicitor does not work for the police, and will be from a law firm in the local area who will be on a rota of qualified local solicitors so that there is always someone available to give free and independent legal advice to those who need it.

The metropolitan police have stated that they have a large amount of material that they will need to examine before any decisions can be made. Whether or not there is any material on Mr Johnson’s phone or in his emails which undermines his position is a matter for the police to look into. However, if it is found that he has deleted messages in an attempt to prevent the police finding out his true involvement in the parties/gatherings/”work events”, or he has encouraged anyone else to do the same, then it may be that the police have to investigate whether Mr Johnson has perverted the course of justice. That would be a significantly more serious offence. At David Gray Solicitors, we will be watching this story unfold and will write more on the legal implications as they arise.

If the police suspect that you have committed an offence, and you have questions about attending the police station as a voluntary attender, whether you will be arrested, or have any other related questions, please feel free to get in touch with our specialist crime solicitors on 0191 232 9547.

Many many thanks for all your efforts on my behalf, as you can imagine the relief I feel at the outcome is immeasurable and it is all due to your knowledge and understanding of the case and situation I was in. Once again our gratitude and thanks.