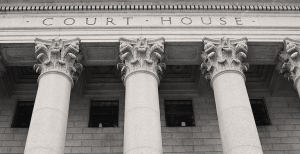 This week, the Supreme Court, is considering the controversial issue of joint enterprise. Ameen Jogee was convicted of murder despite never weilding the knife nor causing any injury himself.  He was convicted on the basis that his actions in encouraging his friend to stab a former police officer made him guilty under a legal doctrine called ‘joint enterprise’. The court heard that Mr Jogee and another man had attended the home of the victim and while they were there that man picked up a kitchen knife and murdered the victim while Mr Jogee stood on the doorstep and shouted encouragement. He is now challenging that conviction.

‘Joint enterprise’ is a legal rule which applies in situations where two or more people are involved in a crime.  Even those who merely assist or encourge the crime are prosecuted and punished in the same way as the main participant.  In a murder case, this means a life sentence.

Members of a group can fall under ‘joint enterprise’ when they jointly carry out one offence but during that offence being committed, another member of the group carries out a second offence and the members of the group knew it was possible this second offence would be committed, even if they have not been directly involved with it. So while usually to be convicted of murder you must intend to kill the victim, under joint enterprise you can be convicted if you have gone along with others to commit a different offence, such as a burglary where you have not intended to hurt anyone but you knew one of your friends was carrying a knife and it was possible he would use it.

Joint enterprise is most often reported in issues of gang violence and homicide but it applies to all types of criminal offences. The recently reported case of university research fellow and housing protester Liz McKenzie, highlights how the doctrine can be used to prosecute people with non-violent offences. Mc McKenzie was charged with criminal damage on a joint enterprise basis after she attended a protest at which another protester had put a sticker on a window of a block of luxury flats. Ms McKenzie was acquitted of the charge.

There are well known cases which could not have been brought before the court without this doctrine, such as that of the murder of teenager Stephen Lawrence, a case in which it could not be proven which of the men involved inflicted the fatal blow against Stephen.

Joint enterprise is also held up as a powerful deterrent to young people thinking about joining gangs, as they could be held responsible for serious crimes carrying long sentences of imprisonment if other members of the gang turn violent. However, a deterrent is only effective if young people are made aware. Should we be teaching in schools? “If you are involved in a fist fight and one of your friends produces a knife, you MUST disassociate yourself – walk away, tell him to stop – or you are responsible for whatever he does.”

Criminal charges can turn on what you say about this in the police station. You must seek expert legal advice before any interview.

Concern has also been raised by senior figures in the legal community about joint enterprise. The former President of the Supreme Court Lord Phillips has said joint enterprise is “capable of producing injustice, undoubtedly”. In 2014 the Justice Committee of MP’s recommended that the Law Commission, an independent body, should review the doctrine of joint enterprise urgently.

The outcome of Mr Jogee’s appeal could have far reaching consequences for the law around joint enterprise.

Top ranked criminal solicitors team at David Gray Solicitors are specialists in this area of law. They provide expert advice and representation at all stages of investigation or court proceedings. For more information contact the team by email to Jayne.standen@davidgray.co.uk, phone  on 0191 232 9547 or chat live at www.davidgray.co.uk.

Brilliant! If it were not for Amy giving me the confidence to fight my case & believing in me, I would have gave up. I cannot thank you enough. You are a great asset to David Gray Solicitors. Highly Recommended!